Intro:
From ancient civilization to modern day concrete jungles: humanity has always looked into ways of improving their surrounding, so that they may have a better, safer, and healthier living environment. Journey with us as we touch points on some the key achievements in history that have led to this day’s world of Indoor Air Quality (IAQ). We wont go too far back in history, let us start only as back as the ancient roman civilization. 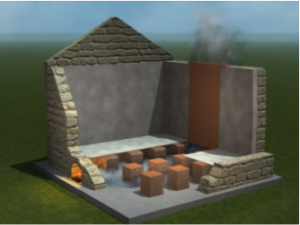 1000 BC: Roman hypocaust central heating: The Hypocausts was ancient way of altering the indoor air quality to enhance life. Hypocausts were used for heating hot bath, houses and other buildings, whether public or private. The floor was raised above the ground by pillars, called pilae stacks, with a layer of tiles, then a layer of concrete then another of tiles on top; and spaces were left inside the walls so that hot air and smoke from the furnace would pass through these enclosed areas and out of flues in the roof, thereby heating but not polluting the interior of the room.
-The use of central heating was extremely expensive and could not serve the larger, less wealthy population. A less expensive and more practical method of treating the indoor environment had to be used so that the general public could also benefit from heated environments.

1000 BC – 17th Century: Fired Braziers had been the primary method of heating indoors. This method was cheaper and more applicable to the general public. Braziers meant heavy carbon monoxide build up indoors and equated to many premature deaths throughout this time of history, poor ventilation in structures kept the heat along with much of the smoke. (It is tragic that much of the modern world still uses a brazier type system to heat and cook indoors)

1742 Franklin stove: Dr. Benjamin Franklin invented the Franklin stove, a monumental improvement to cooking and heating in the 18th century with efficient exhausting of fumes outdoors.

Dr. Franklin paved the way for many more brilliant minds to think air quality and ventilation which lead to the creation of law, regulations, and standards.

1824 Thomas Tredgold: Tredgold was to propose and instill the 1st ventilation standard at 4 cubic ft/min.
As air experts of their time set the standard of indoor air quality to help reduce sickness and death others in the field of sciences were experimenting and discovering new things that would later shape the world of indoor air quality.

1834 Michael Faraday Defines Ions: Faraday introduced the term ions – (or wanderer in Greek) to describe the chemical species passing through certain liquid solutions. He also introduced the terms ‘anion’ and ‘cation’ for positive and negative ions and ‘anode’ and ‘cathode’ for positive and negative electrodes.
Ions have become irreplaceable in the advancement of indoor air quality and have an amazing value and application in the modern day. During the same period in history the discovery of ozone also sparked some wonderful new achievements.

1840 Schönbein Discovers Ozone: On March 13, 1839, Schönbein reported on his discovery of ozone.

Ozone has become a wonderful tool in treating the indoor air (in sterilization activities), but has been limited in application because of its ability to harm a human or animal when in high concentrations. Nevertheless, ozone has been applied in medicine and in water purifications. Still, discovering ozone could not help with the heavy pollution in mining that left many with tuberculosis and death, so the need to improve the respirator was a priority.

1854 John Stenhouse’s Respirator: John Stenhouse, was investigating the power of charcoal and its various forms in order to capture and hold large volumes of gas. John Stenhouse, used the knowledge he had about science, for building one of the first respirators that was able to remove toxic gases from the air. This invention paved the way for activated charcoal to become the most widely used filter for respirators.
The charcoal respirator had paved the way for the many varieties of charcoal filters that are used in modern day treatment of indoor air quality all throughout the world. All throughout this time ventilation standards were still seeing many changes. 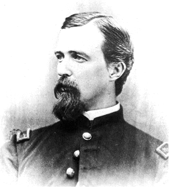 1893 Ventilation Standards Changed: John Shaw Billings, the drive behind the principals of aspirating ducts, suggested changes into the ventilation standards so that the air exchange becomes 30cfm per person in a building. During the same time disease spread statistics showed that infections spread worse with less indoor air ventilation.

Leading from the discovery Schoenbein made about ozone, technologies that produced ozone were not popular until Nikola Tesla looked into it.

The same era allowed for many experiments to done with light and electricity and the use of high UV light for therapy. 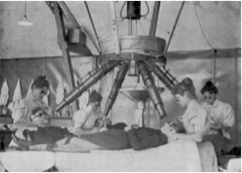 Although the Finsen Curative Lamp was a medical tool it paved the way for the modern use of UVC lights in indoor air quality. UVC is now a widely used practice for burning pathogens in the indoor environment. The high morbidity and mortality of people in this period of history made much of the research in technology to be used for medical purposes, only as time went on did scientist realize the health benefits of certain technologies. 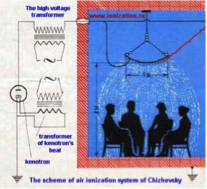 1918 The Chizhevsky Chandelier: Alexander Chizhevsky created the first modern air ionizer for ion therapy. The use of negative ions to alleviate depression and other mental sicknesses was increasing in popularity.

By this point air quality was dramatically improving. Steam technologies were rapidly becoming accessible and the use of refrigeration was leading to the invention of the residential air conditioner. 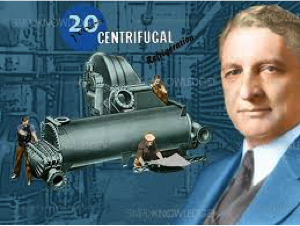 1921 Centrifugal Chillers: Dr. Willis H. Carrier patents the centrifugal refrigeration machine. The centrifugal chiller was the first practical method of air conditioning large spaces. Previous refrigeration machines used reciprocating-compressors (piston-driven) to pump refrigerant. Carrier’s solution was a centrifugal-compressor similar to the centrifugal turning-blades of a water pump. The result is a safer and more efficient chiller. Later in 1924 Carrier opened its first air conditioning department store.
Now travel had become a lot more convenient and networks in sharing research and information become more liquid and streamlined. The news of negative ion therapy had reached the west and ionization was becoming a trend for researchers. 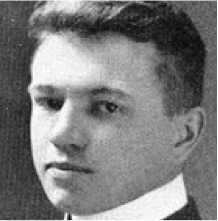 1932 Dr. Hansell on Negative Ions: Dr. Clarence W. Hansell reports on the behavioral effects of artificially generated ions. Hansell would watch and observe a fellow researcher change in mood every time the negative ionizer was turned on for research. It was a accurate observation of Chizhevsky had found out about two decade before him.

The 20th century was rampant with plagues that killed many people. Researchers were desperate and many medical technologies were experiment for practical use. One of which was the UVC technology Niels Finsen was awarded the Nobel Peace Prize for.

1950 UVC Lights used in Air Handlers: in the 1950 and 1960 UVC technology become popularized to help fight tuberculosis (TB). The UVC light helped kill off some of the bacteria traveling through air systems and helped benefit against the pandemic.

Dr. Hansell has struck gold with his observation with negative ions and led the way for science and medicine to once again intertwine to benefit all of humanity.

1950-1960 Dr. Igho H. Kornblueh on Negative Ions: Dr. Kornblueh demonstrates the effect that the atmospheric ion can have on the human being. The positive effects of the negative ions sparked a revolution for treatment of burns, disease, pain, and depression.
Though once classified as top-secret military technology, in the 1960’s the use of HEPA filters was becoming more and more common. This led to first invention of home air cleaners. Still used today, filtration of the air is a widespread reality of the modern day home.

Though we support filter use in home air treatment, our story is intertwined with the world of wonder associated with ionization and ionization technologies. As filtration picked up wind and began a new international market, ionization became a tool for benefit and performance.

1975 Ionization benefits School Performace: Studies by Irwin Altman in 1975 clearly show that changing the electrical conditions of their classrooms can considerably increase the performance of school children. This can be done through ionizations.

1976 Ionization on Olympians: Even before the 1976 Olympics, air ionization in the sleeping quarters of team members was used to improve performance in sports centers in the USSR and the GDR.

The use of ionization was no longer a trend, Korea was quickly becoming a leader in technologies development and choosing to ignore its wonderful reality would be an insult to the nations.

Since then SUDO was becoming a leader in air quality engineering and beginning to patent a long list of innovations they had created. 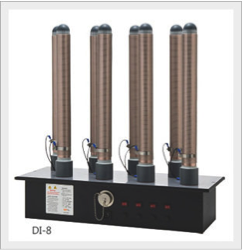 The creation of the 12eV ion cluster technology has led advancement in air quality unlike any other in history. For the first time air quality technologies have reached the potential to fight harmful particles, pathogens, and gasses.

2009 Safety for Ion Cluster: College of Veterinary medicine, Konkuk University, Korea, proves the safety of the SUDO bipolar ion cluster technology. Now the 12eV ion cluster is no longer just a beautiful technology in theory, it can now be used as a practical application in any industry from casinos to hospitals.

Right around the same period in history Eric Kazemi, a visionary for air quality, began researching and developing ideas to reduce air pollution.

2013 Active Clean Environmental Company: A Better, Safer and Healthier living environment for all in the next decade. 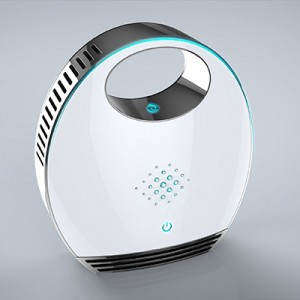